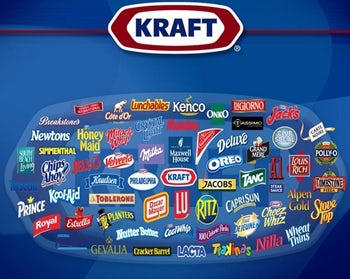 Kraft reached a deal to buy Cadbury earlier this month, in a move to create the world’s largest confectioner.

Organic revenue rose 0.4% hit by a decline in dairy costs that led the company to lower cheese prices.

Kraft has says it expects the Cadbury deal to hurt 2010 results, but it should eventually help to accelerate long-term growth.

Cadbury recently supported the launch of a new variant called Dairy Milk Bar of Plenty with an integrated advertising campaign. It was the first launch by the confectioner since its takeover from Kraft.

Meanwhile, Kraft is launching its own rival brand to Cadbury Dairy Milk called Milka in the UK. It has hired Ogilvy to create ads for the launch, but is unable to confirm any plans for rollout.