The business said it would step up marketing activity for its core brands, such as Oreo and Cote D’or following its spin-off into two companies.

European revenue rose 7.5% for the full year to December 2011, compared to a 5.1% increase in North America over the same period.

Irene Rosenfeld, Kraft’s chief executive, says that the company expects to deliver “top-tier” growth this year ahead of its October split into a global snack offering which will focus on brands such as Cadbury and Oreo, and a separate US grocery division, which will assume responsibility for brands including Maxwell House coffee and Oscar Mayer lunch meat.

She adds: “”Growth was especially strong in our global snacks portfolio. It now represents about half of our sales. The challenge remains in Europe and North America where gum and candy were down mid-single digits.”

The report, which marks Kraft’s final earnings update as a single business, revealed that costs of its separation into two companies could total as much as $1.8bn (£1bn). 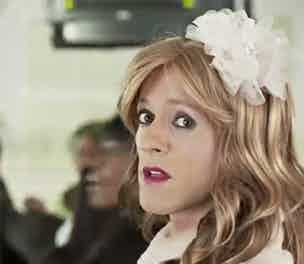 Paddy Power is facing censure after the advertising watchdog confirmed that it is investigating complaints that a television advertisement that asked viewers to spot the “transgendered” ladies featured in the ads is offensive.

The past week saw the latest battle in what is proving to be the most attritional of wars. The two tribes? Those that believe that social media needs to pay its way and those that say such concerns misrepresent the channel’s virtues.

In just a couple of day’s time, the great, the good and the geeky of the mobile industry will descend on Barcelona to get the first preview of the latest phones, tablets and other wireless gadgets from some of the world’s biggest brands. While Mobile World Congress is largely around devices and negotiating deals, the […]