Minick-Scokalo left Cadbury after just six months in the top job amid an overhaul of the confectioner’s senior European team, in July last year.

She is a former Procter & Gamble marketer and also held top roles at US wine maker E&J Gallo, then Elizabeth Arden. Reports suggest she will join Kraft on 1 March.

Kraft Foods sealed its takeover of Cadbury, after over 70% of shareholders in the UK’s largest confectioner voted in favour of the deal, on Tuesday (2 February). It says it will now take a “best of both” approach to marketing.

Kraft Foods Europe recently recruited Daryl Fielding, the former Ogilvy & Mather executive and prime architect of the Dove Real Women campaign, as its vice-president of marketing. The two are likely to work together on marketing Cadbury’s products, along with executives from the former British confectioner.

Yesterday (3 February), Cadbury’s former chairman Roger Carr, chief executive Todd Stitzer and chief financial officer Andrew Bonfield, all confirmed they are to step down from their board positions. Carr is also stepping down as chairman. 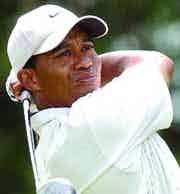 Tiger Woods is still the world’s most valuable athlete brand despite some sponsors dropping the golfer in wake of the revelations about his private life, according to a study.

The Marketing Communication Consultants Association (MCCA) has revealed the shortlist for its annual Best Awards.