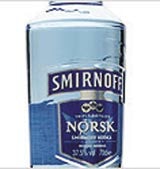 United Brands is seeking an advertising agency to promote its premium class Russian vodka brand Kremlyovskaya across Europe. It has already held talks with some London-based agencies to help make its foray in the market.

The Russian company produces a range of vodka drinks, including a chocolate-flavoured spirit, which was the first such drink to be sold in the UK in 2001.

The Kremlyovkaya, or Kremly, brand is one of the most popular vodkas in Russia, where it is known as the “vodka of the Kremlin”. It has also been sold in some European countries, including Belgium and Spain.

The European drinks distributor has a range of niche alcoholic beverages in its stable, including Dooley’s toffee and vodka liqueur.