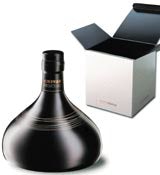 To drink MoÃÂ«t &amp; Chandon and wear Burberry were once signs of sophistication. But these days they could equally signify that you’ve won on the horses and have decided to splash out. Luxury brands are no longer the preserve of the wealthy, and for most of us they are a means of personal indulgence. The popularisation of luxury has grave implications for brands, since it exerts a downward pressure on prices and nibbles away at luxury premiums.

But not only have traditionally upmarket brands drifted downmarket with their diffusion lines, cheap grey market imports and tacky imitations: there is also an upwards pressure from traditionally down-at-heel categories, which is confusing the luxury sector no end. Cat food, for instance, has progressed up the value chain, with the launch of luxury lines that are so good “humans love them too”. The humble crisp has been expanded into luxury hand-fried versions. Tesco, once renowned for piling goods high and selling them cheap, is today selling its Finest range at premium prices.

The idea that a well-heeled leisure class shows off its exalted social status through conspicuous consumption is long gone. Class boundaries have blurred – we are all petit bourgeois now, and luxury is a product choice rather than an aspiration to a way of life. It is a world where caviar can be eaten with tomato ketchup, and where people drive to Ikea in their Rolls-Royce. Luxury is just another consumer sensation, an expense sometimes offset by buying cheaply in other areas.

As Fitch London creative director Tim Greenhalgh points out, many people spend the weekend in classy Monte Carlo hotels – but fly there via Nice on easyJet. He believes there is also a move by some consumers to break down “highbrow” and “lowbrow” brand distinctions and replace them with brands that have no class associations. He says: “The reason people like new brands such as easyJet, Muji and Yo! Sushi is because there is no class baggage with them.” He accepts, however, that there will always be a place for brands which play on people’s fantasies of luxury, such as Harrods.

Creating luxury brands by building connections with the long-gone aristocratic leisure class has itself become a devalued process. As Coley Porter Bell planning director Beth Barry says: “Slapping the word ‘luxury’ and metallic highlights on a pack does not a luxury brand make. Over the past few years, there has been a trend for ‘upgrading’ the everyday objects we never knew had the potential to be luxurious.”

Barry believes that this “dumbing down” risks destroying the true meaning of luxury. According to Barry, her agency is working on ways to bring luxury up to date. Chivas Revolve is an upmarket version of the Chivas whisky brand and comes in a circular bottle, reminiscent of a large perfume container.

The design, Barry believes, “oozes contemporary luxury appeal”. The bottom of the bottle has a glass bubble in the centre, so the bottle can be spun around. It may seem rather gimmicky, a forced attempt at creating a ritual and not really very luxurious, but Barry defends the design: “When you spin the bottle and watch the graphics swirl, it mimics the product you have yet to sample, and you are caught in the grip of the brand.”

Revolve is aimed at people aged 25-plus who usually drink upmarket white spirits, such as Bombay Sapphire and Tanqueray gin, and is available in upmarket bars in New York and London, often as a cocktail ingredient. It is also being sold in duty free and airport outlets. Revolve is one of many attempts to inject youth attitude into the “fusty” whisky category, redefining luxury as something swish and modern, rather than playing on associations with Scottish castles and grouse shooting. Barry says luxury branding involves a complex set of emotions, theatre and rituals but that the language of luxury is constantly changing.

However, some basic signifiers don’t change. According to Link Consumer Research, which carried out a survey into consumers’ attitudes to luxury brands, people do use brands for personal indulgence, and they often view their purchase as a self-centred act. People then try to rationalise having spent so much money on the product.

Take down the details

Link managing director Louise Southcott says: “It is self-indulgence, so they feel guilty about it and then try to rationalise why it was a good thing to do.” The consumer will therefore attach value to the perfection of the product’s details – the quality stitching of a leather bag or the beauty and high quality of the buttons on a designer jacket.

“There is a leap of faith which is all about the product being ‘just right for them’,” says Southcott. She believes that, at this post-rationalising stage, the brand really needs to perform: the small details have to match up to the e

xpectations or there will be a sense of disappointment that could undermine future luxury buys.

The democratisation of society and the fall of the old aristocratic values mean that today, luxury brands segment people as much by their behaviour as by their incomes.

As Pearlfisher planning director Tess Wicksteed says: “There used to be a definite type of ‘wealthy person’ who behaved differently to the rest of us. Because the difference is now no longer clear, you have to target different wealthy behaviours.”

The right label for you

Pearlfisher has broken down luxury behaviour into four groups. The “Stiff Upper Lip” group are people associated with traditional wealth and are inward-looking in that they buy products to express themselves, rather than to impress others. This behaviour would involve using brands such as Range Rover and Rothschilds.

Then there is “Bohemian” behaviour, also inward-looking, expressed through brands such as Audi, Apple or Jack Daniels.

The other two forms of behaviour are outward-looking when it comes to luxury. “Manor Born” people are born into old money, buy brands such as Bombay Sapphire and Burberry, and attend events such as Ascot. Finally, there is the “Rock Star” segment who buy to impress and might drink Vox Vodka or drive a Porsche.

Maintaining the image of exclusivity is a tricky balancing act which cannot be achieved through high prices alone. Controlling distribution is one means by which upmarket brands ensure they are found only in the most appropriate environments. Retail designer Rawls recently completed a report on department stores, and claims that they, rather than the products they sell, are now key representatives of luxury.

Luxury is a classic segment for designers, as it relies so much on symbolism. Brands are constantly trying to stay ahead of consumers’ images of luxury, which are in a constant state of decay as lower-priced brands steal the customers of those with a higher premium. Designers are, in effect, keeping themselves in work by creating luxury imagery, then applying it to less-deserving products. As a consequence, they have to constantly reinvent the language of luxury.