It is understood the party has no plans to launch poster activity and will instead concentrate its efforts on direct mail and grassroots campaigning in the build up to the May poll.

According to a report in The Times, Labour has just £4m left to spend on the campaign, half of what was allocated. The campaign budget for this election is just a fraction of the £15m Labour was said to have spent in 2005 and falls well short of what the Conservative Party plans to spend as it looks to win its first general election since 1992.

The Tories received more than £10m in donations to their campaign in the final quarter of 2009, according to figures released yesterday (25 February) by the Electoral Commission, compared with Labour’s £4.9m.

The Times report says Labour will look to exploit free media opportunities such as planned televised debates between the leaders of the three main parties and also plans to advertise in freesheet Metro and Tesco magazine.

Labour unveiled its election slogan, “A future fair for all” last week. 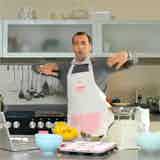 To accompany our CMO Strategy element within Marketing Week, see a trailer here for our groundbreaking video series in partnership with Quadrangle. 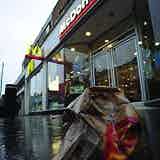