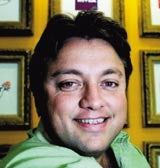 Lowe Worldwide has shored up its ailing European network by handing Garry Lace (pictured), chief executive of its London office, responsibility for agencies in France, Spain, Italy, Greece, Portugal, Belgium and the Netherlands. The move is part of Lowe Worldwide chief Tony Wright’s “lighthouse” strategy, under which offices in different countries are put under the control of a lead agency.

The role of European boss is a new departure for Lace, the flamboyant former chief executive of Grey London. Wright brought him to Lowe last January to solve a mounting crisis at the London office, which had been hit by a flurry of account losses including Nestlé Rowntree work, Flora and most of its General Motors business, though it won global work for Nokia.

Lace is credited with injecting some much-needed verve and a stronger new business culture into Lowe London, though his appointment led a number of executives to storm out in high dudgeon. Observers say the chaos at the agency appears to have receded under his management, but he has made 29 redundancies – and Unilever is expected to shift at least part of its £15m pan-European Hellmann’s mayonnaise brand out of Lowe and into Ogilvy & Mather (MW last week).

On the other hand, Lace can claim credit for helping to bring in business such as the British Heart Foundation’s anti-smoking account, Twinings and Innocent Drinks. The agency is on shortlists for easyJet and the Post Office, and Lace has hired Judy Mitchem as chief marketing officer and Chris Hunton as managing director. The agency is said to have one of the best reels in London and it still has a strong creative reputation, boosted by its work for Stella Artois.

Observers suggest Lace has learned lessons about management from his time at Grey and is putting these into practice. “He’s taking his time and getting it right. Things he did at Grey – the high salary, the Air Miles episode – became a joke in the business. He almost turned it into a showbiz event. He is much more circumspect now,” says one source. Another says Lace is “desperately low-profile” and is notably absent from the press as he concentrates on reviving the business, but most agree there is still much work to do to turn around the London agency.

This has led some to question how Lace will have time to revive Lowe London while overseeing seven western European agencies, a job one source says involves “being at Heathrow at 6am four mornings a week”.

Some have speculated that Lowe’s apparently imminent purchase of Duckworth Finn Grubb Waters would mean DFGW executives Hugh Cameron and Tom Vick would be available to undertake management duties in the UK. Hunton, too, could take a greater role in the daily running of the agency, they suggest.

However, much European work is already run from London, so Lace would not necessarily need to spend extra time on the ground at overseas agencies. He could bolster client relationships from London and use new technology for communication, giving him time for his primary job of working out a strategy for western Europe.

Lace will have to grapple with low growth in European economies, as well as pressing issues such as the crisis at Lowe Paris, whose chief executive Philip Purden left last week.

Globally, Lowe Worldwide handles advertising for Nokia, Johnson & Johnson and holds shrinking assignments from Nestlé and Unilever. In the long term, there are question marks over the future of Lowe’s parent, Interpublic Group, which faces a financial probe in the US. Some believe IPG will be broken up, with McCann Erickson sold to management led by chief executive John Dooner, and there has even been speculation that Lowe Group could be bought back by its founder, Sir Frank Lowe.