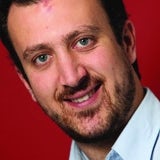 Peering into the crystal ball to divine the future of internet-connected TV, it has been alarming to see the gap in expectations between broadcasters and the advertisers that bankroll them.

At the Royal Television Society’s Cambridge Convention in September, there were two overwhelming sentiments given off by the most senior executives of some of the world’s biggest TV channels: fear and suspicion. The principal subject for debate was whether “à la carte” viewing on connected platforms would eat away at their brands, turning their content into a homogenous menu of programmes.

Advertisers, meanwhile, seem far more excited. Though they have an increasing number of media channels to navigate, they know that the greater data collection potential can make it far easier to target their advertising at an audience that will be more receptive, cutting out some of the waste of addressing the population as a whole.

But while the technology sails off into the distance, the TV industry has been slow to dip its toes in the water where targeted advertising is concerned. The way TV ad spots are bought remains “outdated”, eHarmony UK country manager Ottokar Rosenberger believes. Only now is the TV industry’s audience data body BARB beginning to test ways of working out who is watching programmes on laptops, PCs and tablet computers.

But the individual media owners and advertisers are unlikely to wait around for a universal standard of audience measurement to be agreed. There is far too great a commercial imperative for them to get moving with their own more detailed audience data.

Sky – both broadcaster and TV platform owner – will roll out targeted ads in 2013, using individual household data collected by its set-top boxes. Meanwhile, technology companies such as Apple, Google and Samsung have built their own connected TV platforms and begun buying up exclusive content – Google owning broadcast rights to Indian Premier League cricket, for example.

With all of these platforms able to collect their own audience data and offer bespoke advertising services to brands, they are not going to wait for established broadcasters to catch up. And given that so much broadcast content is now produced by independent production companies, not the TV channels themselves, the technology companies are also going to be well placed to begin competing to buy high-quality programmes.

If the terrestrial broadcasters’ own connected TV platform YouView ever materialises, it might offer them access to more audience data of their own. Its developers say YouView is expected to launch early in 2012, after what have at times seemed like terminal delays. At present it remains dogged by the issue of creating a consistent viewing experience uninterrupted by buffering, industry insiders say.

TV remains the most important mass market advertising medium, even for the most forward-looking of brands seduced by the performance data provided by online marketing channels. And TV will continue to offer advertisers valuable exposure to interested audiences. But until a measurement standard is agreed for online audiences, there will be a lot of confusing conversations in store.

The wrangle for airtime and audience figures is looks like it will be an unedifying scrap, and it’s every man for himself. 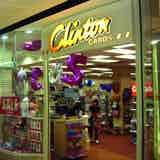 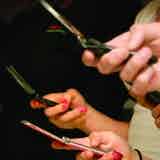 Nokia is changing its strategy to focus on young people. A brave move. A friend of mine, who teaches 11 to 18-year-olds at a north London comprehensive, has told me about the “different language” kids speak these days. It might sound like the pair of us were having the same sort of conversations that every […] 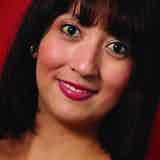 Alongside all your worldly possessions, leaving all your internet passwords in your will is set to become the norm. According to a survey released last week by Goldsmiths at the University of London, 10% of people in the UK are now doing so. Reasons stem initially from easing the emotional pain for loved ones, and […]