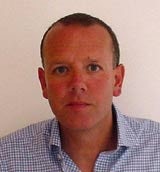 The news that Ben Langdon has been ousted as UK chairman of Euro RSCG Worldwide after just 17 months has prompted the inevitable round of speculation about what one of advertising’s most controversial figures will do next.

Rumours have been rife in recent weeks that he is planning to launch another start-up and he is being linked with high-profile jobs at TBWA/London and Grey. But many believe his colourful past will limit his options.

Langdon joined Interpublic Group-owned McCann Erickson in 1996 as chief executive of the London office. He was promoted to the role of regional director for Europe, the Middle East and Africa in 2001 but was forced out two years later.

He then went into business with Mark Wnek and launched a start-up called Ben Mark Orlando, but that only lasted ten weeks after Langdon walked out to take Wnek’s previous job at the newly merged Euro RSCG.

Brought in by his mentor Jim Heekin, once the global head of McCann Erickson, Langdon was seen as the man to oversee the agency’s revival. In his trademark abrasive style, he started building the agency, which included the ousting of chief executive Nigel Long, joint managing director Adam Leigh and client services director Joe Boyd.

Following the new broom routine, Langdon turned his attention to new business. He managed to win LG Electronics, the &£10m Superdrug account and the much-coveted News International business. Some observers say that he won News International by undercutting Publicis and Saatchi &amp; Saatchi. However, because the appointment was lauded as a personal win for Langdon, Euro will need to pull out all stops to retain it in the long term.

Langdon’s losses outnumber the wins. The agency lost the British Heart Foundation business and the &£35m Argos account which, after three years, went to Clemmow Hornby Inge. It was kicked off the COI roster and failed to capture the Co-operative Group, WH Smith and Homebase.

A former colleague says Langdon has again been a victim of his “uncompromising” managerial style, which sees him surround himself with people who fear him but do not respect him. “He has never been able to build a team of like-minded managers because he likes to be the only one starring in his own show. He is almost too focused to let anyone else steer the ship for him,” says the advertising executive.

Speculation has been rife about Langdon’s future since Heekin left Euro RSCG, where he was chairman and chief executive, and was replaced by David Jones. Heekin has since joined the WPP Group as chief executive of Grey Worldwide.

Langdon rubbishes talk of setting up his own agency, saying: “I was never good at start-ups.”

But he will not be drawn on his plans, adding: “I have been put on gardening leave for 12 months and have not been given a reason for this. I came to the agency to join Heekin so I suppose I am associated with him. Following his move to WPP, my departure was inevitable once David Jones took over. The agency is in a much stronger position today than when I first took over. I have won more business for the agency than the two agencies put together and I am very sad to leave.”

After being ousted from a job for the second time, Langdon has been written off by some as “damaged goods”, but the industry would be surprised if he did not bounce back. The feeling is that it could be on the other side of the Atlantic.

Marlboro has extended its sponsorship deal with the Ferrari Formula One racing team until 2011, despite restrictions on tobacco advertising and sponsorship.

Wickes, the DIY retailer, has shortlisted Carat, Mediaedge/CIA, BJK&E, MediaCom, BLM and OMD for its Â£6.