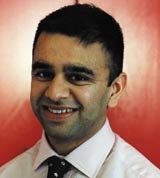 Lastminute.com marketing director Vijay Solanki is leaving the company without a job to go to, after a shake-up of marketing responsibilities.

His duties will be handled by head of promotions and partnerships Emma Seward until a new marketing director is appointed. The online travel company recently announced a tie-up with soft drink brand Fanta that features a text promotion running across 100 million Fanta packs (MW June 24).

Solanki joined the company in August last year from Shazam, the mobile phone music recognition service, where he was marketing director. He is also a former Capital Radio and IPC marketer.

He worked with a number of advertising agencies while at lastminute.com including Banc, BLM and Quiet Storm. Solanki says he will take time out to concentrate on a book of marketing case histories aimed at middle managers, with the working title How Marketing Gets Done (or How it Doesn’t).

Sainsbury’s director of customer marketing Andrew Ground is leaving the supermarket to join household repair services group Homeserve as marketing director. Ground, who has been responsible for overseeing Sainsbury’s participation in the Nectar loyalty scheme, will leave the supermarket in the autumn. News of his forthcoming departure follows a restructure at Sainsbury’s in which trading […]

Renault has withdrawn and apologised for its ‘Shake It’ advertising, created by Publicis for the Megane brand, after viewers complained that it caused offence to people suffering from Parkinson’s disease. Renault had previously been forced to show the ads after 7pm, following complaints about children imitating them.