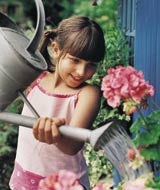 Water companies across the South-east are teaming up with the Environment Agency to launch a consumer awareness campaign aimed at encouraging consumers in the region to save water and reduce consumption.

The initiative, called Beat the Drought, is to be rolled out next week with the launch of an eponymous website – designed by Boxharry – beatthedrought.com, a one-stop shop where consumers can find information and useful tips on how best to save water in the home. The campaign, which includes cinema ads – created by The Garage – and radio and press activity, starts just one week after Thames Water announced its first hosepipe ban for 15 years, and less than a month after Ofwat’s decision to allow Folkestone &amp; Dover Water to introduce compulsory water metering for domestic consumers.

Beat the Drought marks the first time water suppliers have worked together on a consumer campaign to promote water efficiency.

According to an Environment Agency spokeswoman the initiative is part of a drive to encourage water companies to work together to inform consumers and communicate consistent messages.

An Environment Agency report, Drought Prospect 2006, recommends joint publicity campaigns to promote water efficiency. It also suggests that water companies seek permission from the Government to impose “non-essential use bans” to restrict activities such as washing cars or cleaning windows. Mid Kent, Southern and Sutton &amp; East water companies are reported to be seeking such bans by the end of this month.