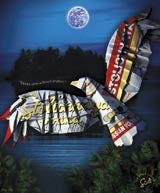 The wrangle over supplies of Stolichnaya vodka has taken a new twist, with US politicians accusing the Russian government of trying to renationalise its vodka industry.

There have also been threats of lawsuits over the use of the Stoli name and trademarks against Allied Domecq (AD), the brand’s US distributor, and First Drinks, the UK distributor.

Only a week ago, First Drinks had claimed that supplies of Stolichnaya were flowing again, after brand-owner Soyuzplodimport (SPI) began bottling Russian-produced vodka in Latvia (MW May 23).

SPI used to be the state-run company responsible for Russian vodka exports, but was privatised and bought all rights to Stolichnaya and other vodka brands in 1992.

However, the Russian Ministry of Agriculture later claimed that the sale was illegal, and that rights to Stoli and the other brands remained vested in it. The department then moved to ban Stoli exports.

The Ministry of Agriculture has now set up a state-run enterprise, also called Soyuzplodimport, to which it has awarded rights to Stolichnaya and Moskovskaya vodkas within Russia.

It plans to stop any Stolichnaya crossing the border to Latvia. The Ministry also claims that it will sue SPI and its distributors, and has appointed a US company, Kryshtal International, as its US distributor.

However, an Allied Domecq spokeswoman says that no lawsuits have been filed against the group, adding that Allied Domecq is confident that its legal rights to Stolichnaya would be recognised if challenged in court.

Similarly, a spokeswoman for First Drinks says that the company has not been informed of any lawsuits filed against it and that it believes it has a legal right to use the Stolichnaya name and trademarks in the UK.