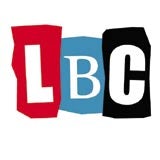 LBC, the Chrysalis Radio-owned London talk station, is launching subscription podcasting later this month. The station claims it will be the first paid-for podcast service.

The service, which has been trialed by listeners over recent months, will offer a range of exclusive content including interviews and special shows, such as Nick Ferrari’s live show. Listeners will also be able receive extended versions of shows from the daily schedule. It will cost &£2.50 a month.

LBC managing director David Lloyd says that service could be used to “push the envelope” with shows that would not be suitable for broadcast on the station. It may also be extended to include the station’s jingles and ringtones.

The station will be seeking for sponsors for some of the content. Last year, LBC signed up Scottish Widows to sponsor a financial feature during its afternoon schedule. The deal included podcasts of the show with pre-recorded sponsor credits (MW September 1, 2005).

The UK radio industry has embraced podcasting over the last year. A number of stations currently offer the editorial content of key shows free through their websites, but others are expected to launch paid-for services with exclusive content.