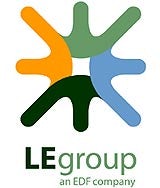 The London Electricity (LE) brand name, owned by EDF, is under threat following the utility group’s decision to look at a new brand identity.

LE Group, which itself owns the LE, SWEB, Virgin Energy and the newly acquired Seeboard brands, has put together a team of people to look at consolidating all the brands under a new name.

Called Project Mango, the team will look into three different options – whether to merge all the existing brands under a new name, to continue with the use of the different regional brands or to rebrand itself as its French owner EDF.

A spokesman for LE Group says: “LE Group has a large number of subsidiaries and the sensible option for us is to look into building a new group, following the acquisition of Seeboard this summer. But no decisions have been made as yet, and we are still looking at our options.”

LE Group has been surrounded by negative publicity in recent months, following complaints of mis-selling. It is in consultation with Sir Richard Branson’s Virgin Group about the use of the latter’s brand name for selling gas and electricity (MW August 1).