Two-thirds (67%) of respondents to this week’s MarketingWeek.co.uk poll say that the live television debates between the leaders of the three main political parties did not influence their vote.

Last week the final of three debates was broadcast. The first and last live shows on terrestrial channels attracted 9.4 million and 8.2 million viewers, while the second debate on Sky News was watched by 4.1 million people.

Observers have said that the interest shown in the debates has demonstrated that traditional media is still the best way of reaching voters.
Television, direct mail and outdoor ads have attracted comment, coverage and controversy during the campaign.
Many observers forecast before the campaign that the 2010 would be the first “digital election”. The major parties all used email, search, social media, video and display ads in a bid to attract voters.

In an IAB report on political marketing, Mindshare global head of social marketing Ciarán Norris says that while “social media is an incredible way to connect with voters, TV still has a massive role to play – 90 minutes on ITV1 transformed this election.” 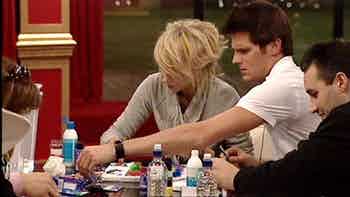 Channel 4 programming chief Kevin Lygo is to leave to join ITV ahead of the arrival of new Channel 4 chief executive David Abraham.

Morrisons has launched a press campaign proving that its shopping basket is cheaper than Asda’s, despite the introduction of the Asda Price Guarantee this week.