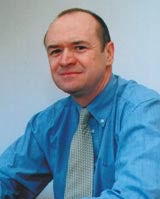 Comparing TV to other media, he claimed that more people each day chose to watch news through a commercial channel than buy a newspaper – 14 million as opposed to 11.5 million.

He added that audiences for repeat-based channels Paramount and UK Gold respectively equalled the reach of the top 18 and top 40 monthly magazines.

Cranmer said that the medium, despite being at a crossroads, remained powerful and that advertising and media agencies, broadcasters, and auditors should work together to understand any opportunities that the medium throws up.

PHD’s Louise Jones said that, despite the explosion in media choice, consumers on average were watching four hours of TV a day. Even if they had access to 200 TV channels, consumers had their own repertoire of ten to 15 channels.