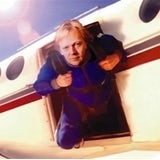 With his quietly spoken manner and relaxed personality, can Stephen Woodford, the new head of DDB London, win the high-spending accounts needed to reinvigorate an agency that has for too long traded on its powerful legacy of classic ads from the 1970s and 1980s? By David Benady

Stephen Woodford, DDB London’s newly recruited chief executive and chairman, has plenty of experience working with colourful characters. It should stand him in good stead for his new role.

The athletically built adman who has spent many years at WCRS was appointed last week to take charge of an agency that has drifted somewhat over the past seven months. DDB London has recently lost PG Tips, The Guardian and Weetabix while it sought a replacement for former boss Paul Hammersley.

Hammersley left at the end of last year after just 18 months to run Sir Frank Lowe’s new agency The Red Brick Road. In reality though, DDB London, previously known as BMP DDB and once the UK’s top agency, has been on a downward trend for the best part of five years. Revenues from local businesses are understood to have fallen steeply between 2000 and 2004, and the agency survives mainly on running European work for international clients such as Volkswagen, Philips, Dell and Exxon Mobil. 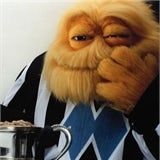 That said, last year it won more accounts than any other UK agency – 12, including Lipton Ice Tea, the Egyptian Tourist Board and the &£16m Capital One business. However, those 12 together amounted to &£50m in billings, and the agency has failed to pull in any high-spending accounts, such as a major retailer or airline.

In Woodford, DDB has found a quietly spoken and diplomatic manager who spent many years at WCRS in a number of roles, managing the creative talents of flamboyant, bow-tie wearing 1980s adman Robin Wight. After WCRS managers bought their agency from parent Havas in 2004, a new holding group called Engine was formed, with Woodford as chief executive. It promoted an integrated approach to marketing across its various divisions/ WCRS, Meme, Dave, Woo, Personal, Slice, AS Biss &amp; Co and Element.

Who held the reins?

But observers say Woodford has had little real control after hard-nosed advertising veteran Peter Scott – an original founder of WCRS who came back to help finance the buy-out – increasingly took over his responsibilities and squeezed him out. An insider says: “Originally, Peter Scott was going to be there one day a week, then he decided he wanted to be there five days a week. It stifled Stephen.” Scott says: “Stephen was chief executive and I was executive chairman,” and adds cryptically, “there were jobs to be done that weren’t being done because they didn’t need to be done”. 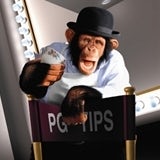 It is thought that Woodford will sell back his 6% stake in the group – bought for an estimated &£150,000 – and will be offered substantial compensation in his package at Omnicom-owned DDB.

One source speculates that he will earn about &£350,000 a year with a guaranteed first-year bonus of the same amount (though some see this as unlikely), plus Omnicom shares worth about &£600,000. DDB refuses to comment on this, and Woodford – who is on gardening leave from Engine – will also make no comment.

He will have to work hard for the money. While many think his relaxed personality is suited to the DDB culture, which is seen as decent and slightly old-fashioned, some believe the agency needs radical surgery. However, in Hammersley’s short-lived but fast-paced tenure at the top, it is questionable how far he managed to reinvigorate the agency. If Woodford can do no better, DDB will become a memorial museum for some of British advertising’s greatest puppet and cartoon characters.

It has a powerful legacy of ads from the 1970s and 1980s overseen by former creative director John Webster, who died earlier this year. The Smash Martians, Sugar Puffs Honey Monster, PG Tips Chimps and Hofmeister Bear are all ghosts from DDB’s past, and their memory haunts the agency’s offices in London. Woodford will have to strike a balance between preserving and celebrating the past and forging a distinct future, free from the baggage of bygone glories. 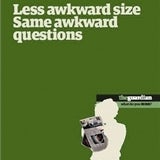 Industry opinion is divided between those who see DDB as irretrievably entrenched in the past and others who think its recent travails are just a temporary blip that can be sorted out under the right leadership. One DDB critic says the agency is run with a silo mentality, and “account barons” jealously guard their own turf to ensure any changes do not weaken their power bases. This made it hard for Hammersley to modernise the agency, they say.

Under creative director Jeremy Craigen, detractors say the creative work has become sterile. For instance, the Volkswagen (VW) “Singin’ in the rain” spot is seen as driven by special effects rather than ideas. Other VW ads are criticised for displaying a coy, old-fashioned humour more suited to the 1980s. The Marmite ads are classic BMP slapstick, still amusing but rather quaint.

Another view is that DDB continues to be a creative powerhouse and just needs the right leadership to stabilise and re-energise it, so it can win some sizeable accounts. After all, it finished 2005 as the seventh-biggest agency in the UK (up two places from the previous year) with billings of &£233.4m (according to Nielsen Media Research) from top clients such as VW, Hasbro, Johnson &amp; Johnson and Unilever. It is the reigning IPA Effectiveness Awards agency of the year, and 2006 agency of the year at the British Television Advertising Awards.

Hammersley may have brought a whirlwind of energy to the agency, but he took it on a pitching binge that some think was destablising. In 2005, DDB pitched for an amazing 22 accounts – more than any other London agency. Hammersley managed to reel in the Weetabix account, though DDB lost it when he left, and the recent losses of PG Tips – reducing DDB’s grip on Unilever – and The Guardian (though it preserves the online work) were heavy blows. It recently won international assignments for Garmin satellite navigation systems. One observer says: “It suffered from going after too many accounts and not consolidating. But it indicates a very attractive agency to outsiders. More clients gave it an opportunity than any other agency.” 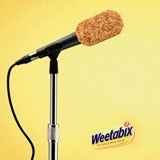 DDB European president Michael Bray, who has been caretaking the agency during the search for a new boss, is scathing about Hammersley’s tenure. He says Woodford is “a great, fantastic hiring” and adds: “I absolutely didn’t want another Paul Hammersley back in the agency. I’m tired of trendy young things using our agency as a springboard to get into something else.”

However, people say Hammersley left partly because he became frustrated at the slow pace of change he was able to push through at an agency that is married to a traditional approach. Hammersley denies this and says: “I didn’t leave because there was anything wrong with DDB, but whether it was because of an ego thing or because of what Michael said, I am sure you have got to put yourself first.”

One of the keys to modernising DDB London is to remove the perception that it is wedded to the 30-second TV commercial in an era when clients are looking for ideas that work across different media, especially the internet.

Woodford can claim experience in promoting an integrated offer, which he did – or at least watched Scott do – at Engine. However, one source adds: “It is ironic that after telling clients how fantastic it is to work with a small independent group, Woodford is now going to have to go back to the same people and say, actually it is great to put your business with a big network.”

The big question will be whether Woodford’s passive management style, criticised by some as “sitting on the fence”, will be what is required to restore stability to the agency, or whether a more radical shake-up is needed. The pressure will be on the agency to bring in some big new accounts and to shore up existing business.