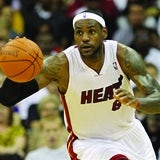 James, one of the sport’s biggest names, has acquired a minority stake in the Premier League team as part of a sponsorship deal with its parent company Fenway Sports Group (FSG).

FSG has partnered with James’s sports marketing firm LRMR Branding & Marketing Group to secure new sponsorships for the athlete, who is already said to earn about $16m (£10m) a year from Miami Heat.

Liverpool’s owner, which bought the club in October for about £230m, will look to use the deal with James to help boost the club’s commercial income globally, particularly in Asia, where the 18-time English champions already have a big supporter base.

Tom Werner, FSG and Liverpool chairman, says: “LeBron and Liverpool each has a powerful presence internationally, with particular strength in Asia, but we feel the business opportunities for both working and being identified together in emerging international markets will result in unforeseen opportunities that neither would have been able to realise alone.”