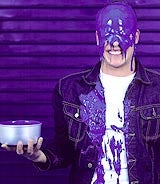 VF, which also owns the Wrangler label, is pouring &£6m into the pan-European roll-out of the new range of jeans and jackets over the next four weeks.

The range is aimed at 15- to 25-year-olds and comes in six washes, from very light to very dark blue. The jeans feature five fits for women and four for men, and are made from a new shinier and minimal-shrink fabric.

The launch will be backed later this year with TV, radio and press work through VF roster agency Fallon McElligott, with media by CIA Medianetwork UK.

This will be supported by an in-store campaign, featuring the strapline “Feel the blue, feel good, feel Lee”.

VF marketing controller Tim Henshall says: “This is the next stage in giving the Lee brand a younger attitude.

“Denim 42 is a fashionable mainstream design with an exciting look for younger people.”

Henshall adds Denim 42 derives its name from Douglas Adams’ novel The Hitchhikers’ Guide to the Galaxy, where 42 is “the meaning of life”.