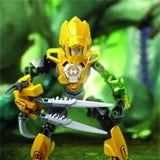 The seven-part series, which kicks off on the Cartoon Network later this month, follows the Heroes through their missions to protect the universe from the Villains.

Lego has teamed up with Turner Media Innovations and media buying agency Carat Sponsorship to create an ad campaign on the network.

The product range will be the official sponsor of “Hero Hour” and “Hero Weekends”, branded content blocks across the network. The campaign includes sponsorship idents which include both Lego Hero Factory and the Cartoon Network logos as well as a microsite.

Lego Hero Factory brand manager Harry Harrison says: “Since we launched the Hero Factory range in 2010 we’ve seen a growing appetite from the fans to understand more about the characters and the missions they get involved in.”

Earlier this year Lego said it was developing products to boost its appeal to school-age girls.

While I agree that integrating print and digital media is key to DM success (MW 11 August), so too is the way that you approach that integration. You can take a print catalogue and place it on the web, but who’s going to be wowed by a PDF? To get the best results from digital […] 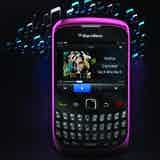 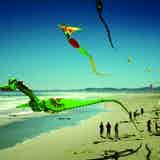