Lego is launching a competition inviting its fans to build their own Lego vehicles and to star in the latest Lego City commercial to air on Nickelodeon.

This is the third year a Lego fan will be chosen to feature in an ad, but is the first time that participants will compete by building their own Lego vehicle.

The first phase of the campaign launches this week with Nickelodeon viewers invited to upload pictures of their own Lego City vehicle to a microsite. The best entrant will then star in a 60-second commercial to air across Nickelodeon channels from 12 to 25 October.

Meanwhile, the Danish family-owned toymaker, has reported UK sales rose 20% during the first half of 2009. It also increased its share of the UK market from 3.2% to 4.1%.

The company claims the recession has helped boost its sales as people become more nostalgic and turn to classic brands, such as its Lego City and Lego Star Wars product lines. In other results, Lego’s first-half pre-tax profit rose from £60m to £99.5m during the period. Net sales rose 23% to £469m.

While the total global toy market suffered a decline during the first half of the year, Lego says it achieved double-digit growth rates in consumer sales in almost all markets, increasing its overall market share. 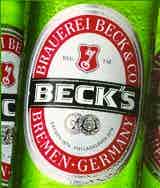 Bing has continued to gain search market share in the US as queries increase on Microsoft’s new platform.

Complaints that Kelloggs exaggerated the size of the cereal in a TV campaign for Crunchy Nut Clusters have been dismissed by advertising watchdogs.