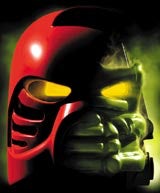 Lego Company is to extend its brands into the movies when it launches its first feature film next year, based on its Bionicle range of toys.

The 70-minute animated film is scheduled to be released on video in September 2003. A deal with an international distributor is set to be signed this month.

Lego Media, the media arm of the company, is working with Los Angeles animation studio Creative Capers to create the film, which will use computer-generated images.

The Bionicle range is based on the adventures and wars between ancient tribes living on the islands of Mata Nui. The film will feature characters from the range and introduce new ones.

Last year the company drew up a code of conduct outlining how to respectfully involve ancient cultures in toys following protests about the Bionicle range’s use of the Maori language. (MW November 11, 2001)

The Bionicle range was launched last year. It has been voted toy of the year by the American Toy Industry Association and the British Association of Toy Retailers.