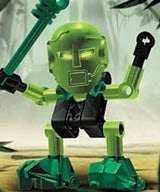 Lego is set to capitalise on the success of its Little Robots pre-school programme with the launch of a range of toys based on the series, which began airing on the BBC’s CBeebies channel this year.

The Little Robots figures, aimed at twoto five-year-olds, are available from August, and will be accompanied by play sets. Lego is also launching its first range of plush toys, based on the main characters from the Little Robots show, to help market the brand towards the young girls market as well as young boys.

Rainey Kelly Campbell Roalfe/ Y&R will create the advertising campaign for the Little Robots range, which will include print, television, radio, cinema and outdoor, due to break in September.

BBC Worldwide is marketing and controlling the Little Robots commercial spin-offs, including books and magazines, videos and DVDs, music, multimedia and merchandising, which it will begin introducing from October.

Further licensing deals have been secured for spring 2004, with Cohen &amp; Wilkes handling clothing and Tex UK responsible for bedding and towels.

The first series launched in January and pulled in viewing figures of 135,000 – 10,000 more than Bob the Builder. A second series begins in September and will again feature the voices of celebrities Martin Clunes, Lenny Henry and Su Pollard.