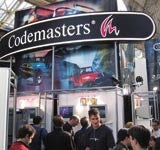 Johnston has held the positions of marketing and sales director at holiday camp operator Butlin’s, as well as brand marketing director at soft drinks company Pepsi.

Johnston will be in charge of an advertising budget of about &£10m and will head a marketing team of 40 in the UK. He will also be responsible for teams in the company’s other main gaming markets, which include the Benelux region, France, Germany, Spain and the US.

Advertising is awarded on an ad hoc basis at Codemasters. The company has two agencies, Mercier Gray and Small Japanese Soldier, working on the launch behind forthcoming title Colin McRae Rally 2005. Iris has been appointed to handle the advertising for the launch of Club Football 2005.

Media buying and planning is through MJ Media.

The future of ad agency Lowe is under threat following its loss of a major part of £350m HSBC business to WPP Group. Agency insiders say Lowe, which is owned by Interpublic Group (IPG), could now face a merger with another of IPG’s global agencies, such as FCB Worldwide or McCann Erickson. A Lowe source […]

Liquorice has been retained for the third time to work on Eurotunnel’s retail business. It kept the business after a six-way pitch and has been instructed to devise a summer retail campaign.