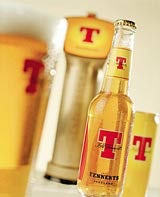 Tennent’s has awarded its &£2m creative account to a breakaway from The Leith Agency, which was forced to resign the business a month ago over a conflict with Coors Brewers’ Carling (MW August 22).

The as yet unnamed agency wins an immediate place on the roster of Tennent’s parent company, Interbrew UK, alongside more established names such as BBH, Mother and Lowe.

The agency’s four founding partners had all been working on Tennent’s advertising at The Leith. They are Jonathan Shinton, The Leith’s board director in charge of account management; Gareth Howells, the agency’s award-winning deputy creative director; former HHCL and Leo Burnett creative Zane Radcliffe; and Ken Dixon, who is ex-St Luke’s. The four are understood to be the team responsible for keeping the Standard Life account at The Leith.

A spokesman for Tennent’s said: “We’re delighted – it gives us continuity of creative work. We’ve got the cream of the crop – and more importantly, the account stays in Scotland.” It is understood that the team approached Sandra Mitchell, head of marketing for Tennent’s, which the spokesman said “pre-empted the whole review process – we had been inundated with calls from Scottish and English agencies.”

The Leith is providing office space for the new agency until the end of the year, when it takes over the Tennent’s account, although a spokesman for the brewer added that there was enough creative work completed “to keep us going until July 2003”.