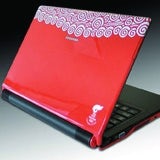 The company, which registered revenue of $16.6bn (£10.4bn) in 2010, will launch the activity in May. Ads, created by Saatchi & Saatchi New York, will use the strapline ’For those who do’.

The company, which bought IBM’s PC division in 2005, is a well-known brand in China, with 32% of the PC market, but it is less recognised in Europe and the US. It has just over a 10% share of the worldwide PC market.

Lenovo plans to launch a series of tablet computers in Europe this summer, following the launch of LePad in China this month.

“We are very conscious that the business has grown faster than the brand and the perception of Lenovo outside our key markets is not at the same level as the actual business.”

The global marketing campaign will target people aged 18 to 24 and will use mainly online media.

Roman adds: “The youth market is the one that really determines what a brand is in technology”.