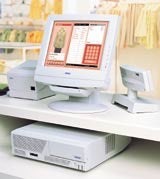 Printer manufacturer Epson has called a review of its £10m pan-European advertising account less than a year after it transferred to Leo Burnett from the now defunct D’Arcy (MW January 30). The agency is not repitching.

The pitch, which is being handled by the AAR, is in its early stages and it is not known which agencies have been contacted. It is understood that Epson is keen to focus on creating a co-ordinated brand strategy across Europe. In the past, the brand has been unsure whether to localise its campaigns or use the same one across its European market.

In recent years, the printer market has become more competitive as manufacturers such as Dell have launched own-branded printer ranges, rather than reselling products made by Epson and its competitors Hewlett Packard and Xerox (MW September 26, 2002).

Epson is part of the Japanese giant Seiko Epson, the manufacturing arm of the Seiko Group. The group is internationally renowned for its watches but Seiko Epson makes a wide range of electronic equipment, including digital cameras, scanners, computers and a variety of components.

The company has sales and manufacturing operations in America, Asia, Europe, Australia and New Zealand.