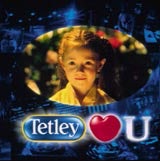 Tetley GB is reviewing its £8m advertising account out of Leo Burnett. The tea brand is in the early stage of the pitch, but it has confirmed the incumbent will not be asked to repitch.

It is understood that the company is keen to work with a smaller agency that will be able to spend more time and resources on the account. The company is concentrating on the relaunch of herbal tea range Tetley Plus, but has a number of new launches planned for later this year.

A Tetley spokeswoman says that it wants to review the business because it “is time for a change”. Tetley appointed D’Arcy, then known as D’Arcy MacManus Masius, to the account in 1979. The agency was reappointed to the business in August 2001, but it was moved into Leo Burnett in December 2002 when D’Arcy was dissolved (MW December 11, 2002).

D’Arcy was responsible for ditching the iconic Tetley Tea folk and shifting the brand’s focus to the health benefits of drinking tea, but the strategy was hit by complaints about the advertising.

The campaign claimed that Tetley Tea had high levels of antioxidants that could help drinkers maintain a healthy heart and had the strapline: “Go on, live a lot”. Tetley was forced to ditch the campaign after the Advertising Standards Authority intervened (MW October 24, 2002).