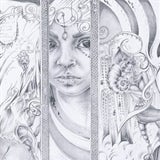 Leo Burnett has been appointed by the Department for Education and Skills to create a campaign to redress the perception that state schools in London underperform.

The initiative is being launched this week, and will be supported by an outdoor campaign in London Underground stations and on London buses.

The campaign highlights the fact that some of the capital’s secondary schools are among the best in the country. At one in four London schools, at least 70% of pupils now achieve a minimum of five GCSEs – nearly double the number in 2001. The posters feature work from eight students from schools around London.

Leo Burnett group chief executive Bruce Haines says: “Our aim was to reflect the pride we have in London’s students by using the advertising as a showcase for their achievements.”

Leo Burnett and Viacom Outdoor have worked on the campaign on a pro-bono basis.