When I say Vera, I mean actress Liz Dawn and her primary role in a Labour Party direct marketing campaign that recently incurred the wrath of the information commissioner.

Labour was told to stop making automated direct marketing calls without consent after almost half a million recorded messages from the Coronation Street actress were left encouraging people to vote.

Deputy Information Commissioner David Smith said calls of this type can cause “annoyance and disruption” to those receiving them.

Not a revelatory statement for anyone who has been the subject of an overzealous telemarketer on commission.

Apart from adding to the slew of negative headlines surrounding politicians and Labour representatives in particular, stories like this do nothing to bolster the battered channel, which in terms of public affection is on the same level as traffic wardens and council tax.

A recent Marketing Week poll found around two-thirds of consumers object to such calls.

Thing is, despite apparent public loathing, direct telephone marketing rolls on and it is easy to see why. It is relatively personalised, accountable, cost efficient and highly measurable, so why wouldn’t they?

Also, using outbound calls to support or follow a direct mail or email campaign can boost response rates and lead to increased sales.

Works for firms then, but how can perception be improved?

The answer can be found in the same Marketing Week survey already referred to. Of the consumers polled only a little over half had heard of the Telephone Preference Service, a 3% dip on 2008. What, you neither?

The TPS, launched at the turn of the century is a central opt out register whereby individuals that legally protect those registered from receiving unsolicited sales and marketing telephone calls.

The Direct Marketing Association, which runs the service, needs to raise awareness of the TPS’ existence. If consumers know about the service, then they can be comforted in the knowledge that they can opt-out. Higher awareness of an alternative call-free world also leaves those who have not chosen to register fairer game, and perhaps more receptive to calls.

Unless, of course, it is a Coronation Street actress-voiced robocall. 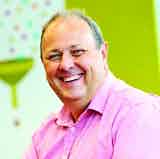 In the first of a series of articles, Clive Humby, co-founder of dunnhumby, talks about developing growth from existing customers. 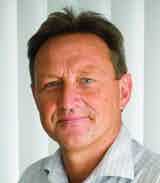 Adrian Moss, head of web 2.0 at Parity, argues the case for marketers to become inhabitants of Twitter.