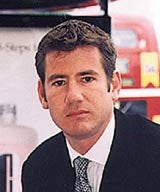 There is a place at the planning table for media owners, and it goes beyond merely engaging with media buyers and being boxed into a corner on price.

But the reaction some media owners expect, and many get, when raising the delicate subject of advertising content with media agencies, is: “Don’t come talking to us about media ideas.” So which agencies should we be approaching?

With this question in mind, I attended a recent conference on media-neutral planning. The message I heard was encouraging. “If media agencies are not listening, engage in a direct dialogue with creative agencies and advertisers” was the answer from Naked. Come with “ideas, not the portfolio” was OMD’s advice.

This confirms that there is a role for media owners in developing media ideas at the planning stage. It’s a positive riposte to those who contend that media owners should be seen by consumers, but heard only by media agencies and their buyers. And this is important for the growth prospects of any medium, as the medium is often blamed for ineffective advertising, while the real culprit is poor creative execution.

This may sound naive. Of course agencies want to buy media at the lowest price. Fee-based rather than commission-based payment makes price negotiation and buying clout key factors for today’s agency networks. But price is only one consideration. Great advertising is built on great ideas, and ideas come from many sources, such as media owners. They know the strengths and limitations of their media. Given access to the brand manager and the communications strategy, media owners can and do shape effective media solutions. We don’t have to look far to see the evidence.

In the UK, Channel 4’s award-winning “Indian summer” campaign, masterminded by Michaelides &amp; Bednash, was the result of concerted co-operation between brand, agency, and multiple media owners. Music, film and food-based events were core to the campaign. Mainstream and niche radio, press, outdoor and online media achieved the communications objective of repositioning cricket as part of the UK’s vibrant multicultural scene.

Both examples succeed in generating creative engagement in the brand proposition. We need to persevere in attracting the attention of the advertiser, not be afraid of approaching creatives and come armed with fresh ideas and measurement tools to prove our campaigns achieve their objectives.