The way I’m feeling is, I’m guessing, reflected around many parts of the country. Gordon Brown and his crew have disappointed; I don’t trust Cameron and Osborne to run the country; and the thought of a hung parliament with the Liberal Democrats calling the shots on the strength of a minority of votes doesn’t warm my heart.

Have I brought you down? Well have no fear. Because David Jones, global chief executive of Havas Worldwide, has enough passion and excitement for the lot of us. This is the first time since we relaunched Marketing Week with a new set of guidelines that we have centred a profile piece around an agency figure as opposed to a client-side brand marketer. To mark the distinction, we have not treated the feature in the same way we do our regular profile slot. But when we got the chance to spend an hour or two with Jones before he headed back to New York from a business trip in Paris, we couldn’t resist. For, as head of the network that incorporates the Tories’ agency Euro RSCG London, this is effectively the man who is probably going to market our next prime minister into power. For me, Jones has a tough job. Even with a lead in the polls, Cameron is a danger to himself. He is neither believed nor believed in, and his inexperience has already caught him out. For both Brown and Cameron, their best weapon appears to be the faults of his rival. But for the sake of giving the country the chance to choose the right leader, they must give their marketing people more to work with than negative tricks.

Cameron’s spruced-up image on “that” poster is one of many marketing mistakes I expect to see by all parties in the run-up. And I’m not sure lots of social media-infused campaigning is the answer in this country, as it was in the US. Not unless the parties use social-media vehicles to talk about issues and, moreover, listen to voters’ feedback. It won’t work to use social media to promote the “face”, the “leader”, the “big personality” here because, quite frankly, neither the incumbent or the challengers have Obama’s big personality to promote.

Jones’ infectious belief in his ability to do good and make positive change will no doubt have some effect on the outcome of the election. He certainly won’t let the Tories down if passion alone is required for victory/ “Our country,” he says, “needs somebody like him who can come in and sort the mess out.” We’ll see.

Many high street stores are still suffering from the effects of the recession and won’t be greatly comforted that economic growth has risen by a paltry 0.1% in the last three months of 2009, according to the Office of National Statistics. 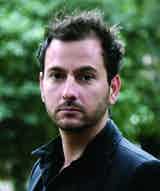