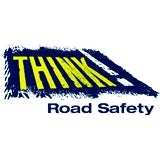 For Government communications campaigns, 2010 has been a year of two halves.

May’s general election ushered in a coalition Government committed to reducing the deficit by cutting costs. Soon after David Cameron closed the door of Number 10 behind him for the first time, a freeze on marketing spending for anything deemed “non-essential” was introduced.

For campaign funding to be green-lit, unequivocal evidence has to be produced that there is an immediate need and measurable benefits.

The strict criteria and new, austere world order in Whitehall led to a steep drop in the volume of campaigns and also the nature of the activity produced.

Against this backdrop, the standard of this year’s entrants is likely to be high. Those of you entering a campaign produced after May for the coveted prize will know that the campaign has already been deemed fit for purpose by the keenest eye in Government, Cabinet Office minister Francis Maude.

The Department for Transport’s THINK child road safety campaign is one of those made exempt since the Coalition took office. Combining off and online activity, including interactive games and a microsite, it aims to help the department cut the number of road deaths and serious injuries for children.

Elsewhere, the HM Revenue & Customs campaign that presented information about paying business taxes was also given the green-light, a worthwhile campaign as the government looks to cut the deficit.

And of course, there are the numerous sub-brands of last year’s winner, Change4Life – Walk4Life, Swim4Life and Play4Life to name but three. Perfect examples of the public/private partnerships that will increasingly be a feature of public sector campaigns in the future.

These high-profile examples are just three of tens of public information campaigns that launched in 2010.

If you want to play your part in celebrating innovation, activation and return from public sector marketing in a year when only the very best survived then make sure you enter this category. Find the Engage Awards entry form here.