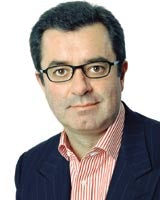 A document has come into the hands of Marketing Week, which contradicts the assertion of former WPP media chief Mainardo de Nardis that he has no connection with rival marketing services company Babila.

De Nardis, previously global executive chairman of WPP’s mediaedge:cia, is on gardening&nbsp;leave&nbsp;and therefore still under contract to WPP until he joins Aegis as global chief executive of media later this year.

However, a letter dated January 28, 2006 and faxed from the office of Babila in Milan, clearly suggests that de Nardis has recently been involved in confidential Babila business transactions at a senior level.

The letter begins, “Dear Mainardo” and is signed “Marco”. Marco Massieri is the chairman of Babila and a former brother-in-law of de Nardis.

The letter itemises four business meetings: with Carat on February 14, with Tedoforo, FullSix and Friedman. The sender says the first two relationships are “taking off”, but that he is really interested in FullSix.

FullSix is a marketing services company in the throes of a takeover battle, which forms part of a proxy struggle between WPP chief executive Sir Martin Sorrell and his former lieutenant in Italy, Marco Benatti – with whom Sorrell has fallen out.

These in turn are owned by Arner Consulting, an affiliate of Banca Arner, the Italian bank connected with prime&nbsp;minister&nbsp;Silvio Berlusconi.

The chairman of Hertek is Vittorio Benatti, brother of Marco Benatti. Massieri has a shareholding in Babila estimated at over 2%.

â¢ WPP is believed to have come to an agreement this week with de Nardis and Aegis over the contested period of his gardening leave, formally a year ending in October. It is now thought likely to end in late summer, by mutual agreement.