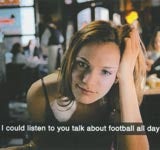 Lever Fabergé has unveiled next year’s plans for its flagship grooming brands, including a relaunch of its Impulse range of female body sprays and deodorants.

Lever will revamp its Impulse range in January, with updated packaging and a new fragrance known as Goddess. The Impulse relaunch will be supported by a &£3m TV, print and outdoor advertising campaign created by roster agency Bartle Bogle Hegarty (BBH), with media by Initiative.

Lever is also to add a new variant to its leading male grooming brand Lynx, called Lynx Touch. The fragrance will be introduced across the Lynx range of shower gels, deodorants and body sprays.

Lynx Touch will be supported by a &£5m campaign, also created by BBH. Industry sources say that advertising is expected to follow the formula of the hugely successful “Make Luv” campaign that supported last year’s variant launch, Lynx Pulse.

The song used by the campaign, a collaboration with record company EMI, stayed at number one in the charts for four weeks. One insider says: “Lever is looking to repeat this tactic. It was massive last year and really helped the launch.”

Lever’s strategy for Lynx is to maintain sales growth with the launch of a new fragrance every year. Recent innovations to the brand have included the Lynx Dry antiperspirant range, and Shower Shakes, a two-layer shower gel (MW February 20).