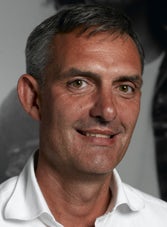 Levi Strauss has promoted Michael Strehler (pictured), general manager of its German division, to vice president of commercial operations across Europe. Strehler will replaces Kenny Wilson, who is leaving in January after nineteen years in the role.

Strehler, who will be based in Brussels, will be responsible for its European affiliates. Levis has yet to announce who will take over his previous role.

Joining Levis as group general manager in 2004, Strehler has run the German, Austrian and Swiss businesses. He has been responsible for expansion of Levi’s stores in key cities including the recent re-opening of its flagship store in Berlin.

Wilson is understood to be joining jewellery and accessories retailer Claire as its president. He joined Levis in 10990 as planning manager and has held a variety of roles across it retail and commercial operations.