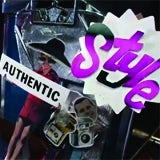 The denim brand has developed a sustainable manufacturing technique, which means the clothing in the Water<Less range uses 15l less water to produce than standard denim.

Levi’s says it wants to be “part of the solution” to the global water shortage affecting consumers and manufacturers because one in eight people on the planet (1.1 billion) do not have enough clean water to drink but growing cotton and manufacturing clothing uses vast amounts of water.

The Water<Less range launched in the US in January.

Meanwhile, Levi’s vice president of global brand marketing, Doug Sweeney, has recently left the denim brand to join US ad agency Young & Rubicam as president of its West Coast operations. It is not yet known if he will be replaced.

At Apple, Van Dyke was responsible for global marketing including introducing the iPhone, iPad, iPod and iTunes and was part of Nike’s “Just Do It” brand campaign during her time as global account director at Wieden + Kennedy.