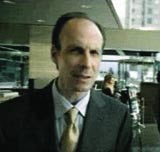 Printer company Lexmark is believed to be reviewing its European media planning business. The media contract is estimated to be worth $7.5m (£4.2m) in the UK alone, and a total of $25m (£14m) across the continent as a whole.

The company has reportedly drawn up a shortlist of three agencies for the Europe-wide contract. The incumbent agency MediaCom is believed to have made it to the last stage of the pitch.

At present media planning is done on a country-by-country basis, but it is understood that the new contract will cover the entire continent – although it is not clear whether the deal applies only to pan-European media or covers individual markets.

A spokeswoman for Lexmark UK says she was unaware of any business being up for pitch.

Earlier this year the company consolidated its European and US creative accounts when it appointed Doner Cardwell Hawkins to its £20m combined account. The agency already held the company’s US brief (MW April 21 2005).

Doner only won the US business earlier this year and is running the European assignment out of its London office. Mediaedge:CIA holds the European media buying account. It is unclear whether this will be affected by the planning review.