Law starred in an ad shot on the French Riviera for the Lexus RX SUV last year. Earlier this month, the integrated ‘Live the Life RX’ campaign also resulted in an interactive theatre experience where 100 members of the public were given a chance to pretend they were an international movie star alongside the Hollywood actor.

He told Marketing Week: “We want to find a way to uniquely communicate with people that isn’t just throwing a known face into our advertising as that can be empty. With Will we created a one-off light show at an airport in Madrid along with the ad so it’s about finding innovative ways to tell our brand story.

“Jude is all about sophistication and class, and the activity is making a lot of new luxury customers take notice who never thought about Lexus before. Most of our customers on the new models such as the NX are first time Lexus buyers so the strategy is definitely turning people’s heads.

“We look at partnerships in a different way, there has to be room for true collaboration. Jude didn’t just align with our premium values but he also wanted to do the immersive theatre event and that was key.”

Although Lexus will continue to collaborate with Law for the foreseeable future, Fotinos said that in future it isn’t just looking for famous faces and would be open to collaborating with anybody that aligns with its brand values.

In particular, he says the campaign with Law has changed the way it deals with agencies.

“We’re pushing experiential as when you do that you cross the boundaries of the good old days when the ad agency just does the advertising and the media agency sticks to the media planning,” he explained. “The only way you get to a campaign like we have done with and Jude is when everyone sits round the table and thinks beyond their boundaries and how it can go across every single channel.”

Getting caught up in digital

Lexus has also endorsed virtual reality after launching an app to replicate driving a Lexus RC F on the Ascari racetrack in Marbella, Spain. It has also brought the technology into its show rooms.

However Fotinos says the digital age can also be a hindrance to brands and that they must get the fundamentals right before adopting technology such as VR.

He concluded: “We are in a phase now where marketers must take a step back and decide how they use all this stuff. It is getting increasingly complex for us and our agencies as well.

“How many marketing people can raise their hands and, in all honesty, say ‘I have reached maximum efficiency with every channel?’ We want to try things like VR but we cannot lose sight of how to drive people to the brand.

“At the end of the day, it isn’t important that you have VR tech if your website is slow. It is about getting the fundamentals right as it is all too easy to get caught up in this wonderful world of digital marketing.” 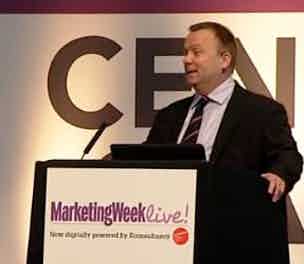 Learn how Lexus overhauled its website to create an immersive customer experience in this presentation by Chris Taylor, European communications chief for the car marque, at Marketing Week Live 2012. 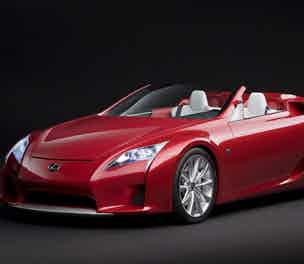