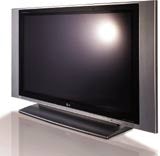 LG Electronics has parted company with its UK marketing director Connie Park after less than 18 months. The company’s president James Jeong has also left the UK business to return to LG in Korea.

Sources close to LG say their departures are linked to the poor performance of the business, both financially and operationally, and that more management changes are likely.

The news follows a recent product recall after safety concerns over one of LG’s 3G mobile phones.

It is understood that she will be replaced by someone from outside the company but within the telecoms industry.

Jeong, who has been UK president for the last two years, will take up the role of vice-president of corporate business management at LG in Korea.

He will be replaced in the UK by Brian Nah, who has been vice-president of mergers and acquisitions and investor relationships at LG in Korea for four years.

Park was appointed following the departure of general marketing manager Nigel Couzens, who left in July 2004 (MW July 15, 2004). She joined from LG Ad – a Korean advertising agency part-owned by WPP Group, where she was global account manager for LG Electronics.