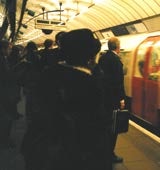 London Underground has been given the go-ahead to have licensed buskers in its stations and is considering creating sponsorship opportunities for advertisers.

Under the plan, buskers would work in shifts, as street performers do in Covent Garden.

The introduction of licensed busking would present branding opportunities, says LU. These could include pitch displays and possibly merchandise.

The selection of buskers could also lend itself to the creation of a “Pop Stars-style” media event with a judging panel.

A survey carried out for LU last year found that most passengers were in favour of some form of controlled busking.

LU is also to roll out its direct magazine, called tube, in the autumn after a successful trial and is looking for London-based advertisers. Tube will be mailed to the 200,000 customers who buy monthly and yearly Travelcards.

Plans to introduce the XTP cross-track projection system, which would have allowed TV-style ads to be shown, were postponed indefinitely last month after LU’s partner in the project, DHJ Media, went into liquidation (MW May 16).