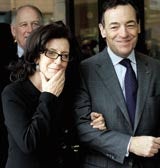 On the face of it The Body Shop and L’Oréal joining ranks may defy logic, but look a little deeper and the match is not so bizarre. It will enable the French cosmetics firm to adapt to social trends and appear less selfish, while giving Roddick the outlet she needs for expansion. By David Benady

The Body Shop’s founder Dame Anita Roddick and L’Oréal chairman and chief executive Sir Lindsay Owen-Jones are at first glance two starkly contrasting faces of modern business. She is the earthy hippy who has turned left-wing political campaigning into a vehicle for ethical retailing. He is the ruthless and debonair corporate boss whose strategy of devouring the competition produced 20 years of uninterrupted double-digit profit growth for the French cosmetics giant.

But last week’s announcement that L’Oréal is acquiring The Body Shop for about £650m reveals that, in reality, the differences between them are merely skin deep. Both are marketers with a keen sense of what drives their customers, and each has built their business through a natural empathy with what makes women tick. Roddick’s promotion of ethical business and her belief that morals and money must mix, stems from an understanding of how to stage-manage the modern shopper’s guilty conscience.

While Roddick has appealed to consumers’ socially responsible, outward-looking side, Sir Lindsay has milked the selfish gene. L’Oréal’s amazing growth since he took the helm in 1988 has been rooted in the basic truth of beauty marketing – that we can all be persuaded to aspire to film-star looks. L’Oréal has invested heavily in developing new skin creams that claim to wipe years off age, and products that make hair shine.

The company spends over €500m (£347m) on research and development each year and comes up with some 3,000 new formulas annually. Its research centres have also reportedly artificially created human skin and hair on which to conduct experiments.

L’Oréal’s massive advertising budget – it spent over £100m on advertising in the UK last year through Publicis and McCann Erickson, making it the UK’s fourth biggest advertiser – is highly focused. Ads hammer home a specific product benefit and show beautiful models or celebrities endorsing it.

One insider says: “It has built the business by reinvigorating products consistently every year. It’s very profitable, and has kept diversifying and buying into different segments of the market. For example, it has developed Carson and SoftSheen haircare products in the US aimed at black women. It has bought Kiehls, Maybelline and Redken, and is always extending into new segments. The money for this comes from big, mass-market brands like Elvive and Plenitude. 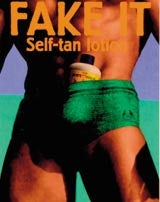 “L’Oréal is also extremely ruthless – it has cash cows but no sacred cows. If a product isn’t going well, the company will just axe it,” says a source, who adds that there is none of the sentimentality or attachment to brands often present in other companies. In short, Sir Lindsay and the L’Oréal board are determined to make their business the world’s biggest health and beauty supplier, and use aggressive advertising and distribution muscle to achieve it.

And now the acquisition of The Body Shop. Initially, it seems a surprising move, given that The Body Shop is primarily a retailer with a 2,000-strong portfolio of stores around the world. It is unprecedented for a product manufacturer to buy such a vast retail chain. Indeed the trends are towards decoupling retail and product interests (Boots, for example, recently sold off its Boots Healthcare International products). To complicate matters, The Body Shop issued a profits warning after Christmas following slow sales in the US and UK. And L’Oréal’s sales growth has slowed over the past couple of years.

L’Oréal says it will ensure The Body Shop keeps its independence and will maintain its existing management team so as not to undermine its ethical credentials. It will continue to sell only own-brand products. “L’Oréal’s other brands would continue to be marketed through their existing distribution channels,” says the company.

Significantly, L’Oréal points to areas where there could be synergies. “L’Oréal’s worldwide perspective would complement The Body Shop’s distribution expertise and The Body Shop would gain access to L’Oréal’s research and development, and marketing know-how, to enhance The Body Shop’s product offering,” it says in a statement. Some take this as suggesting L’Oréal could take over some of the chain’s stores to create outlets for L’Oréal products.

Numis analyst Steve Davies interprets the statement as meaning that L’Oréal would pump money into funding The Body Shop’s international expansion, given that there is still great potential to open stores in Russia, China and other parts of Asia. “A company buys another for synergy – there seems to be little sense in this apart from taking The Body Shop brand and increasing its global footprint,” he says. Even though to the Western eye, The Body Shop’s unique ethical appeal may have diminished due to competition from similarly positioned rivals since its 1980s heyday, for Russian and Chinese consumers it is a fresh concept. In developing markets, however, its appeal lies less on its ethical stance than its representation of Western values. 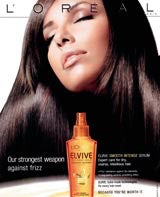 The Body Shop has widened its appeal in recent years by repositioning itself as a “masstige” retailer – offering prestige products at value prices. L’Oréal appears to envisage using its own innovation centres to develop products for The Body Shop. This could prove controversial with animal rights campaigners, given that L’Oréal ended animal experimentation in 1989, but still uses ingredients that are animal tested.

L’Oréal could also use traditional advertising and marketing techniques – previously eschewed by The Body Shop – to promote the ethical retailer’s products. Since Roddick stepped back from the company it has become less visible, and some see enormous value in the brand that could be unleashed through clever advertising.

David Haigh, chief executive of consultancy Brand Finance, believes the acquisition indicates that L’Oréal may be looking to head off potential disquiet among consumers looking for more ethical values from traditional beauty marketing. “L’Or&éal spends huge amounts on market research, and it seems to be anticipating consumer interest going off the boil,” says Haigh, and adds this is a “reverse takeover” in brand terms, with The Body Shop brand and its ethical values likely to be adopted by L’Oréal.

Some L’Oréal brands might lend themselves to greater ethical positioning, such as Garnier, Vichy, Biotherm and Lancôme. Others, such as L’Oréal Paris are more self-centred. Such softening of L’Or&éal’s marketing stance shows how far the two companies have inched closer together. While The Body Shop is all about selling brand values, L’Oréal is centred on product performance, so each could benefit from adopting the approach of the other.

While Roddick will serve as a consultant to L’Oréal as it seeks to give itself some ethical credentials, Sir Lindsay is retiring. Next month he will hand over to US chief Jean-Paul Agon next month, who takes up the task of making the acquisition work. With Roddick’s hand also on the tiller, Agon’s task will be to ensure some of The Body Shop’s ethical magic rubs off on L’Oréal.