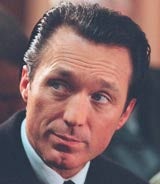 The wine brand will also sponsor: Making Waves, a six-part drama set in today’s Royal Navy, which charts the lives of the men and women on board the frigate HMS Suffolk; Family, a drama set against the background of the London underworld, starring Martin Kemp and Jamie Foreman; and Rosemary &amp; Thyme, featuring Felicity Kendal and Pam Ferris as a pair of gardening enthusiasts who find themselves caught up in a series of mysteries involving death and horticulture.

The deal struck with Lindemans, owned by Southcorp Wines, puts the brand back on air for the first time in three years. The sponsorship credits are being created by McCann-Erickson.

The deal was brokered on behalf of Southcorp by Carlton head of sponsorship Andy Thompson and Universal McCann director of universal programming Phil Cresswell.

Southcorp Wines sells more than 20 million cases of wine a year with more than half coming from its four core premium brands of Penfolds, Rosemont, Lindemans and Wynns Coonawarra Estate.