Wall Street had one small reason to raise a smile this morning amid the worldwide stock market crash: LinkedIn, the first major social networking site to go public, posted an unexpected profit in its first financial results.

While many analysts were bracing themselves for LinkedIn to report a loss for the three months to June, the professional networking site actually posted a tidy profit of $4.5m (£2.76m) – despite investing heavily in new products and sales staff.

The news came as welcome relief to investors who had been warned by the aforementioned analysts that putting their money in the LinkedIn IPO, would only lead to disaster, akin to the dot com bubble bursting in the late 90s.

LinkedIn’s current market value, which was up to more than $99 (about £61) per share on the back of the results announcement yesterday, could give justice to the excitement mounting around other likely social network IPOs – namely Facebook, Zynga and Groupon.

All of the above social networks have gargantuan user numbers, topping a billion between them, but the hype proceeds their commercial longevity, which is yet to be proven. All must now take steps to validate their lofty valuations – some of which are thought to be worth 50 times more than their actual profits.

LinkedIn – now the benchmark for the social networking market – says it will now focus on aggressively expanding the company, increasing investment in technology and adding more sales staff. That means it is likely to post a loss for the full year, which may well give its investors their first cause to reach for the whisky.

To date, LinkedIn’s success has been partly fuelled by its rapidly expanding member base, largely derived from the US, which totalled 116 million subscribers in June. The site attracts two new members every second.

Revenue from premium memberships increased 60% year on year to $23.9m (£14.7m), however, this side of the business only accounts for a fifth of the company’s total income.

For this reason, LinkedIn is set to focus on its B2B divisions, namely: hiring solutions – job ads – and marketing solutions – display ads and company pages – which represent 48% and 32% of total revenue respectively.

It is important that LinkedIn doesn’t forget the importance of its members, in the rush to bolster revenue. To continue to please its investors, LinkedIn must keep to its promise to “increase the value” it delivers to its members. A premium membership should live up to its title and be an enticing offer.

At present there seems to be little value in users opening a premium account with LinkedIn. Members using the free service get the majority of the benefits that those who pay also receive.

If a certain LinkedIn profile doesn’t show, you Google it instead. InMail? We’ve had e-mail for decades. And , isn’t knowing who has viewed your profile in the last seven days a little creepy?

Most LinkedIn users have been with the site for more than a year and beyond uploading their initial CVs and adding some old work buddies, the service is mostly lost on them. LinkedIn still has work to do to convince the inactive users (I believe around two thirds of its entire membership) that the site is functional enough to return to every day – and in turn increase their interaction with the companies who pay the site so handsomely.

LinkedIn’s first financials were surprisingly rosy, but if the company is to continue to flower it must look beyond its user numbers and high-paying clients and focus on delivering value. 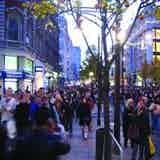 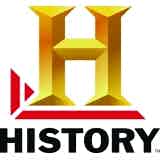 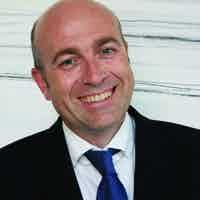 Could marketers find their most rewarding jobs in the changing education sector? Find out here To find out more about brands as education providers, click here Marketing Week (MW): Exeter University is pouring £250,000 into its marketing. What do you aim to achieve? Stuart Franklin (SF): We have a small in-house market research function along […]