Over a quarter (27%) of the 15.8 million new viewers of women’s sport in 2022 have gone on to watch more female sporting content inspired by the Lionesses’ UEFA Women’s Euros triumph in July.

The historic win has not only helped grow the UK audience for women’s sport beyond just football, it is attracting a young female viewer, according to the latest visibility report from the Women’s Sport Trust (WST) and Futures Sport and Entertainment.

Excluding major international women’s football tournaments, a record 27.4 million people watched women’s sport in the UK on TV between January and September, up from 19.4 million in 2021 and 26.6 million in 2019.

What we’ve got to start to understand is how we build attention and that whole idea of players and individual personalities, and developing allegiances.

“The Women’s Euros has inspired new audiences beyond football and many of those are younger and female, across a range of different women’s sports, be it football, cricket, boxing,” said WST co-founder and CEO Tammy Parlour, speaking on the publication of the data today (9 November).

“Record breaking audiences are being attracted to watch on broadcast and attend the live events, but obviously there’s still considerable work to be done to achieve gender parity of coverage for women’s sport across all forms of media and even for those big sport events.”

The WST data does not include the record-breaking audience for the October fight between boxers Claressa Shields and Savannah Marshall. Sky’s largest-ever audience for a live broadcast of women’s sport, more than 2 million people tuned into the bout – 38% of whom were female – making Shields versus Marshall the most watched women’s professional boxing event in history.

More than 6 million people also viewed clips of the fight across Sky’s digital and social platforms during the week of the bout, while from a live event perspective 35% of tickets for the sell-out event were bought by women.

When it comes to achieving gender parity of coverage, 40% of TV news broadcasting of this summer’s Commonwealth Games covered female athletes, while just 24% of Wimbledon coverage was dedicated to female players. Only 35% of women’s matches at Wimbledon were screened live by the BBC.

The scheduling of women’s sports continues to prove an issue. While Freddie Flintoff’s Field of Dreams show on BBC One was aired at 8.15pm and notched up audiences of more than 2.3 million, the average start time for Alex Scott’s deep dive into the future of women’s football (also on BBC One) was 10.45pm. Despite the late start time, the documentary attracted 569,000 viewers on its first showing, while 49% of the total audience were female.

Parlour describes scheduling as the “$20m question”, as the industry grapples with how to balance live audiences, broadcast schedules and a packed marketplace.

Looking specifically at football, the Euros win has boosted audiences for the Lionesses this autumn, with their sell-out friendly at Wembley against the US attracting a TV audience of 3.1 million on ITV in October.

Some 87% of people who watched the domestic Women’s Super League (WSL) last season went on to watch the Euros, while 75% of the Euros audience have gone on to watch the 2022/2023 WSL season.

September’s north London derby between Arsenal and Tottenham Hotspur became both the most watched WSL match on linear TV and highest attended WSL match to date. Aired on BBC One, the game received an average audience of 762,000, 3% higher than the previous high for the Manchester derby last season.

We know being a fan is not just about media behaviour, it’s about the emotional connection too.

The clash between Liverpool and Chelsea, which aired on Sky Sports Football, Main Event, Premier League and Sky Showcase, attracted the highest pay TV audience ever seen in the WSL. Indeed, crowds for the current season are soon set to surpass the cumulative WSL attendance for the whole 2021/2022 season.

“We can see a real deepening of the audience. People are watching, they’re watching for longer, they’re coming back and we’re starting to really understand who is this women’s sport audience? There’s so much more we need to understand, but we’re slowing unpicking this,” said Parlour.

“Particularly from this quarter of data, this halo effect these big events [such as the Euros] have on other properties, not just within their own sport, but beyond their sport within the whole women’s sport ecosystem. So much to take away and so much more to learn to understand how we move people across that fandom journey and how we bring more attention to women’s sport.”

BBC Sport senior marketing and audience planner, Joanna Spencer, explained on the call the research was conducted to help the broadcaster fulfil its mission to develop fandom through campaigns such as the summer’s ‘We Know Our Place’ creative.

After first running the research back in October 2021, BBC Sport re-ran the survey in August with three core questions to gauge the fan’s level of interest in women’s sport, paired with new questions assessing their intention to follow the WSL.

The team developed new viewer groupings, combining media consumption with their emotional connection to sport. These groupings spanned the ‘big fan, the ‘casual follower’, the ‘big eventer’ and those who are ‘not yet a fan’ but open to the idea.

“In the past we’ve often grouped fans by their media behaviours, how often they’re looking for updates about the sports they follow,” Spencer explained.

“We know being a fan is not just about media behaviour, it’s about the emotional connection too. We wrote these with extra behaviour and feeling to make it easier for fans to select a description that reflected their interest.”

When asked which best describes their interest in women’s sport, the research found 22.6 million UK adults identify as a fan of women’s sport, 3.8 million more fans than in 2021.

The growth in fandom was seen across the board, including 1 million more ‘big fans’ than in 2021. According to BBC Sport, 14.4 million UK adults say they’re open to women’s sport, which Spencer described as a “sizeable opportunity audience” to convert next year.

Spencer also noted an opportunity in the nascent women’s football fanbase, 2 million of whom have been following the sport for less than two years.

Of the people who reported an interest in football, 37% intended to follow the WSL. Streaming or watching on TV came top (59%) in terms of viewing preference, with 39% saying they planned to catch up on the highlights online and 33% following online or via social.

While 29% of the sample said they support a specific WSL team, 25% of respondents are yet to pick their team and 40% do not currently support a club. Spencer sees this as a “real editorial opportunity” to help fans pick a team and transition them into the domestic season.

‘A match made in heaven’: Brands on joining forces with women’s sport

“The 40% that don’t support a team, how might we make it easy for them to follow? For us, is that a reflection of how fandom might be different or how it might evolve? Following players over teams. That’s something for us to think about in terms of how our content strategies might need to adapt in the future,” she added.

Spencer noted the importance of digital content in reaching new audiences. Over the summer, BBC Sport notched up more than 1 million views for its short-form video content on its site every day for over a 100-day period.

During the Euros, the team saw a shift towards informal content which helped fans get to know more about the players and their personalities, as well as content reflecting fans and discussion about the post-tournament legacy.

The notion of finding new ways to engage audiences could be a way to tackle the scheduling conundrum, Parlour suggests.

“What we’ve got to start to understand is how we build attention and that whole idea of players and individual personalities, and developing allegiances to a player or team is something we need to build,” she adds.

“Scheduling at the moment is focused on one type of audience. Maybe as we learn more about the audience for women’s sport there’ll be different opportunities that emerge.” 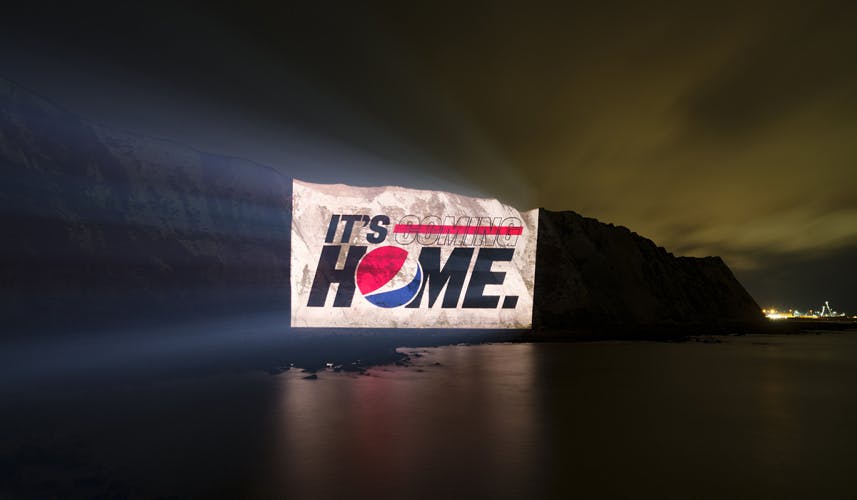 England’s 2 – 1 victory over Germany to clinch the nation’s first Euros win – in either the men’s or women’s game – was watched by record-breaking TV audience of 17.4 million.