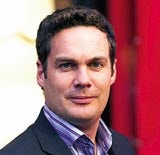 These are exciting times for media owners: new brands and technologies are offering them and their audiences fresh opportunities. The down-side is that more choice makes consumers more discriminating, and so now is also a crucial time for media owners to connect with their users, whether readers, listeners or viewers.

For instance, understanding our listeners has helped Capital Radio Group’s Century FM Network to shape the direction of the radio brand, which had previously underperformed in both audience and revenue terms. By finding out who our listeners are and what they want, Century FM has evolved into an adult contemporary brand that targets people who have grown up but not grown old. The findings enabled the network to create a concept of the typical listener – we’ve called her Debbie.

Debbie is 33 years old, in a relationship, and has children. She loves going out but accepts that this isn’t as often as she would like. Debbie is the reference point for all of Century’s brand output, from programming through to marketing and sales, and she was the source of the advertising strapline: “Radio you just have to sing along to”.

This focus on the target listener has helped to boost listening figures and revenue across the network. Brands find Debbie a useful way to identify common ground with listeners. For example, Archers Aqua, which recently signed up to sponsor the network show Hairbrush Divas, saw similarities between Debbie’s lifestyle and their own brand positioning “Something for the ladies”.

Associated Newspapers’ Metro is another good example of how deep user understanding can benefit the audience, advertiser and the medium itself. The Urbanites study, a qualitative research into an audience understood by their aspirations and attitudes towards brands, has helped the free daily newspaper develop into a succinct 20-minute read that delivers exactly what the 18- to 44-year-old ABC1 readership wants every morning. In turn, this has created a highly targeted advertising environment and no doubt a hefty commercial return to match.

Elsewhere, MediaDNA, the cross-media research consortium, has developed a planning tool that enables advertisers to match their brand’s personality with the right media.

Audience understanding can also change preconceptions. A study carried out for Choice FM provided insight into the radio station’s listeners that most would previously have described as “ethnic”. The result was a “young London in love with music, money and life” positioning that helped draw in advertisers such as British Airways and Nike.

Generating in-depth insight from listeners, viewers, readers or commercial partners, means that media has a better chance of creating compelling content and forging a unique position in the market.