The legislative threat may have receded, but the industry will have to stump up even more cash – this time in “readies”

Be careful what you wish for. Never have these word rung more true than for the beer, wine and spirits industry as it digests the implications of secretary of state Andrew Lansley’s recent landmark speech on public health policy.

For years the drinks sector has been conducting a skilful fighting retreat on the regulatory front under a constant barrage from the increasingly triumphalist health and medical lobby, whose aim is first to restrict, then to prohibit, the marketing of alcohol. True, there were tactical victories on the way, such as averting a proposed ban on pre-watershed TV advertising. Yet the eventual outcome looked depressingly clear. Politicians, whipped up by public fervour over binge drinking, would eventually impose a legislative straitjacket similar to that now restricting the tobacco industry.

A simplification of public health trends over the past few years? Probably. But I’ll come back to Change4Life and its implications in a minute. The important point here is to flag up the expectations riding on a new administration, with different ideological priorities. About 18 months before the election, the Conservatives produced a mini-manifesto on health policy in the form of the Public Health Commission. In it was enshrined an important concept, the Responsibility Deal. It amounted to this: provided that the private sector contributed in a meaningful way to public sector health initiatives, such as Change4Life, the Tories – once in power – would hang up the Doc Martens and lay off legislative curbs.

The PHC was not just what it said that was important, but how it was compiled. The Tories overtly tapped the resources of industry in formulating their policy. For example, the chairman of the PHC was Dave Lewis, also chairman of Unilever UK & Ireland.  The outlook for a cosy concordat between business and government was set fair; not least because an inevitable and severe contraction of the public sector would make health initiatives increasingly dependent on industry funding.

Many drinks manufacturers and retailers see Change4Life participation as at best a distraction and at worst a harmful irrelevance. They consider it too broad-brush and focused on obesity to deal efficiently with the fine-toothed issue of curbing alcohol abuse

Since taking power, the Tories have been every bit as good as their word. Lansley’s speech to the UK Faculty of Public Health on 7 July claimed that top-down national schemes by themselves cannot work because they rely too heavily on controlling the “supply” side rather than tackling the behavioural complexity of the “demand” side. Or, to use Lansley’s own memorable words: “The fact is, you can’t legislate for self-esteem from Westminster. We can’t pass the Elimination of Obesity Act 2010.”

He also used the platform to declare war on “nannyism” – the smothering culture of state-sponsored, bureaucratic do-gooding. Separately, it has just emerged that the Government is going to severely curtail the biggest sacred cow of all, the Food Standards Agency, vilified by the food industry because of its uncompromising stand on the traffic lights labelling system.

So, trebles all round, you might say. Quangos rolled back or axed because of the crisis in public expenditure; business put in the driving seat, as exemplified by Lansley’s proposal over the funding of the Change4Life initiative; no more talk of restrictions and bans; and the medical profession cowed.

But all is not what it appears. There are two troubling features for the drinks industry in Lansley’s speech, and they both involve money and Change4Life.

Lansley is so enthused by the Change4Life concept, initiated by his Labour predecessor in January 2009, that he would like to see it powering ahead under a new operating model. That means real money ploughed in from the private sector, as opposed to the £200m-in-kind contribution pledged by the food and soft drinks industry in 2008. And, just as critically, the project will be “specced up” to embrace a reluctant drinks industry.

Lansley clearly views alcoholism and associated issues as part of a holistic public health problem (“Alcohol misuse costs society over £17bn each year and obesity much the same figure”) – so why not combine industry efforts to combat these social ills within a single vehicle? By contrast, many drinks manufacturers and retailers see Change4Life participation as at best a distraction and at worst a harmful irrelevance. They consider it too broad-brush and focused on obesity to deal efficiently with the fine-toothed issue of curbing alcohol abuse.

All the more so since they already have their own educational programme, precisely tailored for this purpose. Drinkaware is a trust, semi-detached from the industry, which is nonetheless financially reliant upon 45 of its members (including many big guns such as Diageo, Carlsberg, Heineken, Tesco and Asda).

Let’s put it this way, getting funding behind it has not been easy. But last year it achieved a breakthrough with the development of a five-year responsible drinking campaign, now entering its second phase, to which the industry has contributed a headline figure of £100m.

You can see the industry’s point. Where will the money come from for a contribution to Change4Life MkII? What’s more, this will have to be delivered in real “readies”. Note Lansley’s own words: “To date, industry has made ‘in kind’ contributions. I will now be pressing them to provide actual funding behind the campaign.” One suspects that much of the £100m in Drinkaware’s campaign is

contribution in kind. Real money diverted to another cause doubly threatens to blur what the industry has done so far. On the other hand, saying no to the secretary of state for health is simply unthinkable. 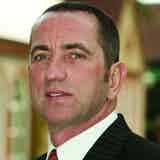 Kieran Kilmartin, group marketing director at Portrait Software, discusses the challenges surrounding the mental opt-out phenomenon and how marketers can prevent it.

Young people are feeling uncertain about their futures with less than a third feeling satisfied. By Doug Edmonds, managing director, 2CV 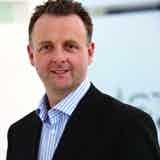 Nigel Arthur, managing director at digital marketing specialist ExactTarget, explains why marketers should be creating conversation and asking customers to ’tick the box’