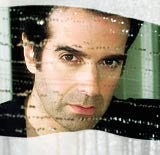 Charity begins at home – and nowhere is this truer than the US, especially around Thanksgiving and Christmas. In 2003, American citizens, estates, foundations and corporations gave an estimated $241bn (&£131bn) to charities, which equates to 2.2 per cent of the gross domestic product. In the UK, charitable giving has never reached one per cent of GDP.

According to Charity Navigator, an organisation that evaluates charities, 50,000 new non-profit organisations are formed each year in the US and there are now about 1 million charities in operation. This represent six per cent of all organisations, with charities becoming an accepted part of big business in the US. Accordingly, their marketing is becoming more sophisticated as they compete for every charity dollar available. Big brands are often keen to link with charities in order to borrow some of their goodwill and appear altruistic.

In a 2002 Cone Corporate Citizenship study, 84 per cent of the respondents said that they would switch brands to one associated with a charitable cause if price and quality were the same. Ben &amp; Jerry’s began its marketing with a charitable stance and this has certainly helped it sell ice cream. Celebrities are often drafted in and links with consumer brands are forged, but the spotlight is now on American charities and their marketing practices as dubious telemarketing activities and product links gone awry have brought attention to the causes for all the wrong reasons.

Few brand categories in the US have escaped bearing a pink ribbon – which symbolises Breast Cancer Awareness – at some point. People carry affinity credit cards that give some money to charity for every purchase the user makes, undoubtedly easing any guilt pangs that the buyer may have about that expensive pair of “must-have” shoes. In the current economic climate, companies do not feel able to give simply out of generosity and altruism, as was once the case, and institutional giving was down by ten per cent last year. This means that individual philanthropy is more important than ever, yet consumers are starting to realise that these charity and brand tie-ups are not always what they seem.

Most charities have policies stating that they do not endorse products, so links have to be carefully worded. Statements on the products about exactly how much money is going to the charity are often ambiguous and usually capped at a certain level. Paul Newman’s brand with its range of pasta sauces, dressings, lemonade and popcorn continues to set a shining example, donating all of its post-tax profits to charity. Since 1982, $150m (&£82m) has been raised by the company, while the brand has achieved substantial market share across all its categories. However, brands that don’t have to create wealth for their producers are few and far between and most are still driven by commercial realities.

One such commercial reality is telemarketing. Dinner-time phone calls had become such an irritation for so many American households that 50 million of them signed up to the Federal Trade Commission’s do-not-call registry. This left a lot of telemarketing companies deprived of their profit source. It didn’t take them long to switch gear and tap into the fact that non-profits are exempted from the registry and direct their attentions to “charitable” fundraising. Charities often allow professional companies to solicit on their behalf, as it requires no outlay from them. However, the amount the charity receives in return is usually very small. A recent study by the Massachusetts attorney-general found that charities received an average of 26 cents out of every dollar raised by professional telemarketers in the US last year. Again, the media has made the public aware of these schemes and it has tarnished the charities to some extent, as well as the telemarketers. 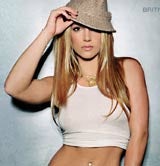 For many years, charity and celebrity has gone hand in hand. In the wake of September 11, a star-studded telethon fundraiser with phones manned by the likes of Tom Cruise, Julia Roberts and George Clooney broke all records to raise $150m (&£82m) for the cause, with many millions donated by the celebrities themselves. Such is the desire of people to be close to celebrities that they will pay thousands of dollars a head to go to a star-studded charity benefit. Having a famous face at an event almost guarantees more money for the charity – sometimes five times the amount it would have achieved without a star’s endorsements. The media will turn out in force and the charity and celebrity can bask in the warm glow of column inches and more donations.

Just as there are some celebrity “brands” that are more attractive to the stars than others, there are some charity brands that celebrities are keener to be associated with than others. Those connected with children, animals, the environment and cancer are much easier to get endorsements for than those associated with less-understood, grittier causes. Many stars are paid handsomely for performing at charity benefits. Third parties such as agents and celebrity brokerage companies also earn fees from a charity that can run into thousands of dollars when they match a celebrity with a charity.

All of this can leave a bad taste in the mouth of donors, but it’s generally the way charity operates in the US, with there being no such thing as a free celebrity lunch. Many celebrities choose to set up their own foundation, putting donations of their own money into them. Britney Spears, Will Smith, David Copperfield and Calvin Klein, to name but a few, all have foundations in their names and see it as a way of “giving back” – a tax deductible way, as it happens. The money they put into their foundations is then usually invested in stocks and bonds or treasury bills and any proceeds are given to worthy causes – although only five per cent of funds must be given out each year. Of course, this means they are open to the vagaries of the stock market and those such as the Michael Douglas Foundation have been embarrassed in the past by losing thousands of dollars on stock trades. The internet has made the activities of charities much more transparent, with many services now ranking and rating charity performance. It has also opened up huge possibilities for fundraising online, with “e-philanthropy” being open to all.

Whatever the potential pitfalls, it is certain that charities will continue to work with celebrities and consumer brands. Charities need the mass-market awareness and income that celebrities and brands can provide and the halo effect from the charity will always be in demand from those who could otherwise be perceived as being superficial and money grabbing. Charities tread a fine line of having to be able to negotiate the best deal possible, while not being seen to be endorsing a commercial product too heavily.

Non-profit organisations in the US are increasingly being run like businesses (including six-figure remuneration packages for some non-profit directors) and their marketing strategies are becoming much more polished. However, with the increased marketing of so many charitable causes comes increased scrutiny from the media and those who regularly donate their hard-earned dollars, so it seems that the charity spotlight will not be fading any time soon.