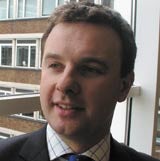 News of Stead’s departure from M&S comes shortly after the extension of Vittorio Radice’s duties to management of the chain’s clothing business as well as its homeware division. It is expected that Radice will embark on a much-needed shake-up of its womenswear, which has been a poor performer for the chain.

At Littlewoods, it is not clear what will happen to Jim Shannon, who has been overseeing marketing of the Littlewoods stores following a restructure when Sir David and Sir Frederick Barclay acquired Littlewoods’ retail and home shopping businesses from the Moores family in 2002 (MW December 12, 2002). A spokeswoman for the company says Shannon will continue working in the marketing department.

Stead will report direct to Littlewoods Stores chief executive Mark Newton-Jones, who says: “He will bring broad retail experience to the role of marketing director, which will be pivotal in changing the face of the Littlewoods brand on the high street.”

Stead, who joins the company in May, will not be responsible for marketing Littlewoods’ Index stores. Until a few months ago, Index’s marketing was handled by Liz NcNamara, who is now head of direct marketing at mail-order group Otto UK, with responsibility for the Montage and Kaleidoscope brands. Littlewoods Extra chief executive Tim James is overseeing the marketing of Index.