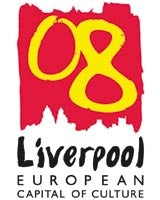 Liverpool Culture Company (LCC), the body that will oversee the city’s role as the European Capital of Culture 2008, has appointed Cheetham Bell/JWT to handle its advertising. It follows a competitive pitch against a number of undisclosed agencies.

The agency will now work on a campaign that will promote the city as a tourist destination by emphasising the reasons why the city won Capital of Culture status. It is understood that the work will focus on the city’s cultural history over the years including its position as a major shipping centre.

The appointment of Liverpool as European City of Culture is expected to result in a &£2bn boost for the city, the majority of which is likely to be spent on initiatives to dispel negative views people have about Liverpool.

In 2004, LCC unveiled its 2008 logo, which was created by local agency Finch along with Bartle Bogle Hegarty (MW September 6, 2004). It will be used on all advertising and promotional materials.

A number of companies have already signed up as official partners of the 2008 celebrations. Alliance &amp; Leicester Commercial Bank is the latest to confirm its support and it has appointed direct marketing agency TDA to promote the partnership.